By Teknorix Administrator on October 19, 2020

For the past 5-6 years, Cross-Platform Mobile app frameworks are trending and increasing in popularity.

What are Cross-Platform Mobile app frameworks and why are they so popular over Native frameworks?

Software Development on multiple platforms using Native frameworks is costly and time-consuming. Cross-Platform Mobile app frameworks are preferred due to the “Write Once, Run Anywhere” concept in which a single code base is used on all platforms.

There are many such frameworks being used. Among these, the most popular ones preferred by developers due to their unique features and availability are Xamarin and React Native. They are developed by none other than US tech giants Microsoft and Facebook respectively.

Let us have a quick glance at these frameworks.

Xamarin was launched in 2011 and was later acquired by Microsoft. It is further categorized into Xamarin Forms and Xamarin Native.

1) Xamarin Native : Also known as traditional Xamarin, Xamarin Native allows the developer to share C# code in PCL(Portable Class Library). Basically apart from the UI, everything else can be shared across platforms.

2) Xamarin Forms : In Xamarin forms, both UI (Implemented in XAML) and C# code can be shared and reused across platforms. 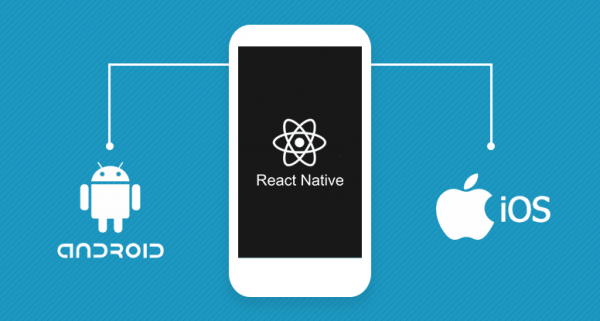 React Native is a Javascript Framework used to build Native Mobile apps in Android and iOS. It was launched in the year 2015.

Which framework is better? This question has always been debatable. Let me compare these frameworks with different aspects as follows: 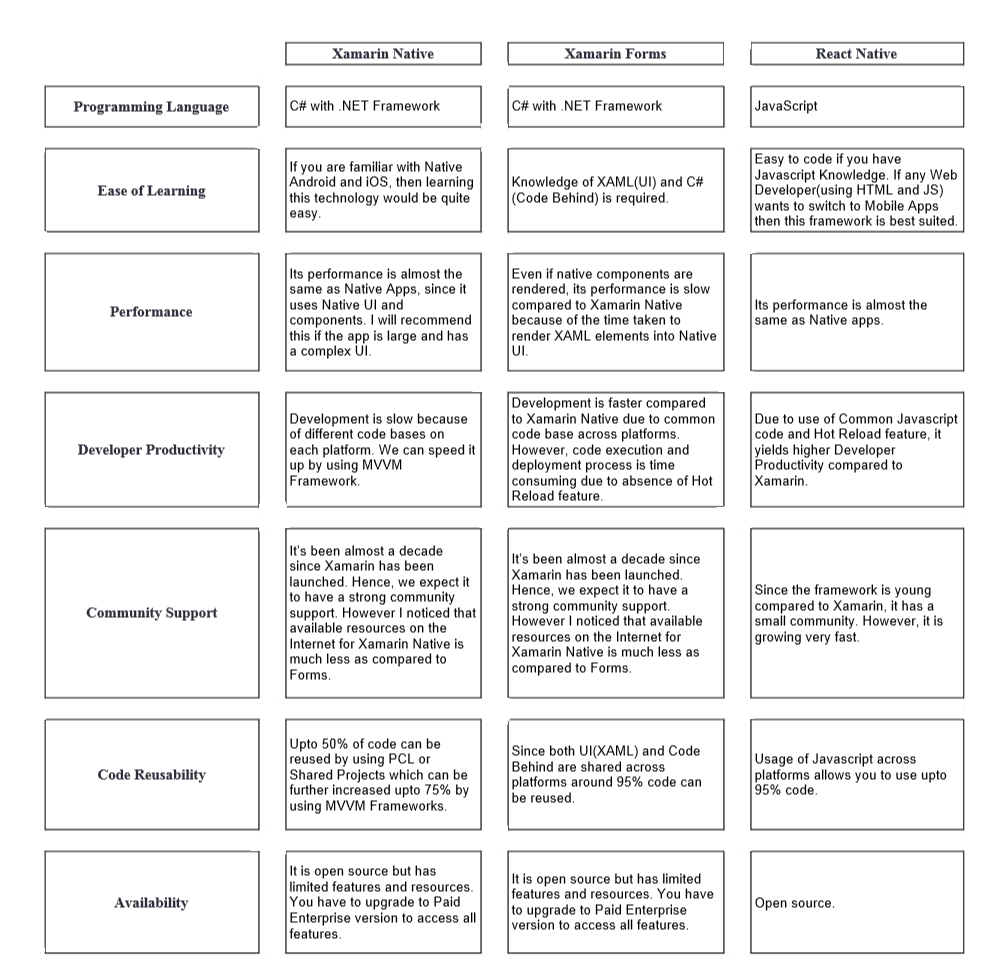 To conclude, all the above mentioned frameworks have proven successful in building notable apps. Which framework to opt for your projects depends on the specifications of your project and the assessment of the pros and cons of each framework. The framework where the advantages outweigh the limitations; that would be the correct choice for your project.